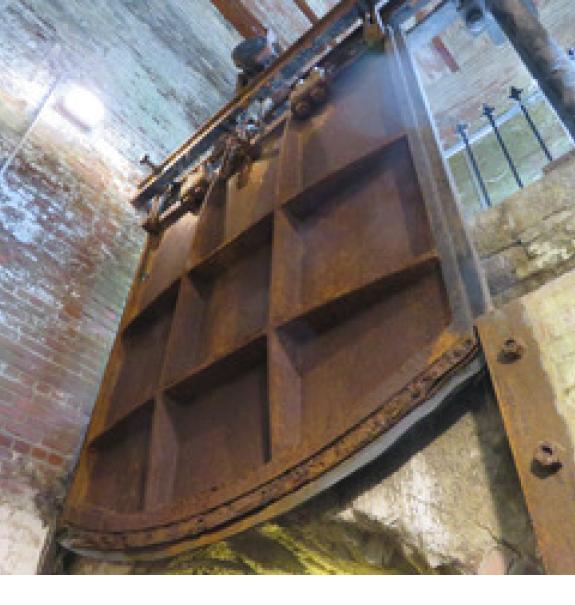 I am always elated when I see something I have never seen before and today was such a day. Today, along with a group of about 10 participants, I was given the opportunity to tour one of the OCA weirs at Ossining, NY. The tour was given by the very knowledgeable and pleasant tour leader, Aram. Kudos to him for giving up his Saturday mornings to do these Friends of the Croton Aqueduct sponsored tours.

The tour started on The Old Croton Aqueduct Promenade but before doing so, I was able take some photos of the Double Arch Bridge. Although I had taken photos of this bridge before I didn’t notice the small plaque (I think the winter wreath had it covered) with the name “ANDREW YOUNG - BUILDER.” Subsequent research revealed nothing about Andrew Young - Builder. I wondered who would put his name so high and small, perhaps not to be noticed or read. Thanks to my 40X zoom lens, and old but steady hands, that attempt was foiled. 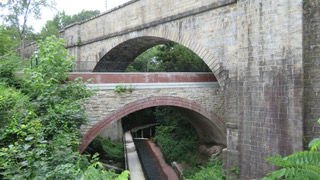 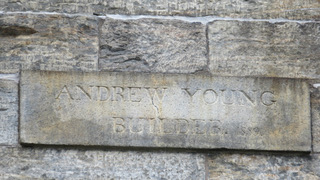 Tour leader and the group walked on the promenade about halfway during which time he explained the history and construction of the OCA in addition to answering many questions. His answers were supplemented with a plethora of photos and illustrations shown from a very large binder. On several occasions, I wondered if that binder was going to end up in the Sing Sing Kill 200’ below. 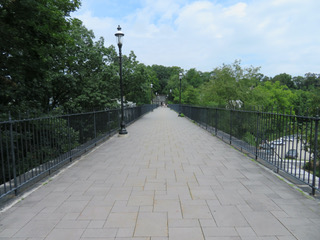 Upon entering the the weir, we all donned our Covid masks. Elevation 159’ Datum based at Sandy Hook. 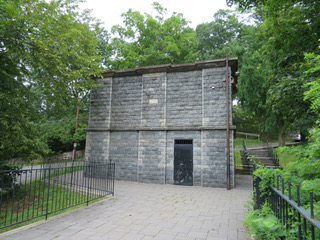 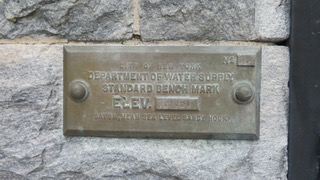 We were first “treated” to a mechanism that brought down a steel door to stop the flow of water through the aqueduct and divert it to another exit which fed into to Sing Sing Kill. Someone likened it to a guillotine. This weir, one of six on the OCA, was an afterthought being built 16 years after the OCA was opened. 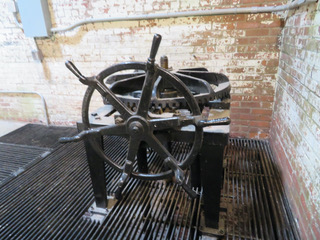 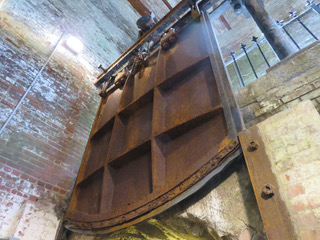 Descending the stairs brought us into the 1842 OCA. My pulse quickened! The moment has arrived. The aqueduct was brick lined but with portions cut through solid rock (3rd and 4th photos). 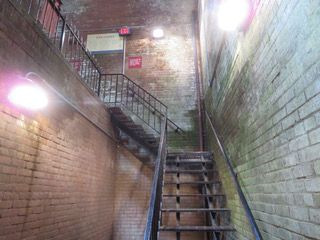 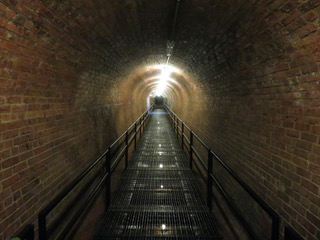 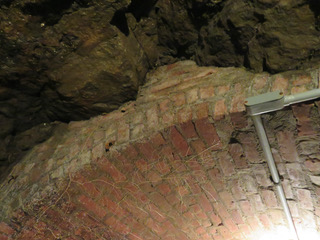 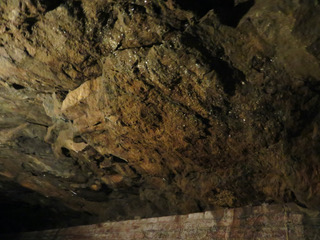 Sufficiently energized, I decided to walk the Sing Sing Kill Greenway and returned to my car via Broadway. 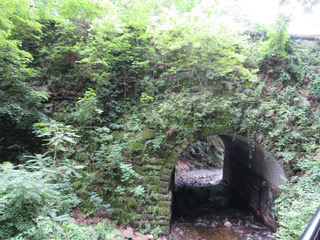 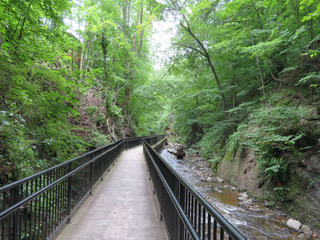 Now, for a Guinness.