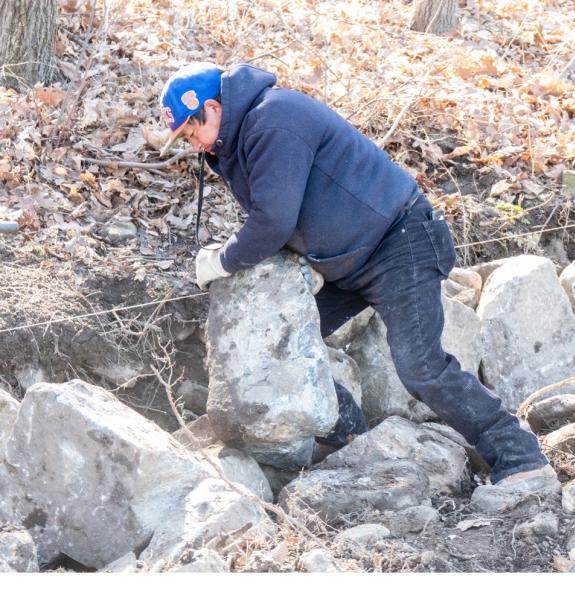 DONATE TO THIS PROJECT READ THE WHOLE STORY

Work accomplished during the week of 3.21.22

The first step was to clear the area of leaves and branches on Monday 3.21.22

Then a line had to be strung to delineate the exact location of the wall bordering the trail. 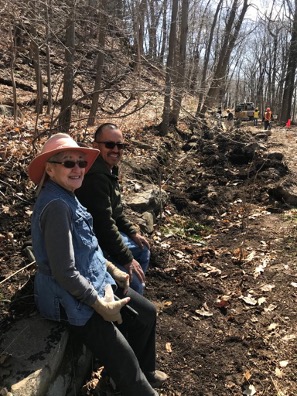 Monday afternoon 3.21 Diane and Jorge consulting. Jorge called me to help him decide whether to create a straight wall or to put a slight curve in it to match the curve in the trail. We decided on a very subtle curve and the line was strung with a pipe in the middle to enable precise placement of the stones.

Placing the stones in the cleared area 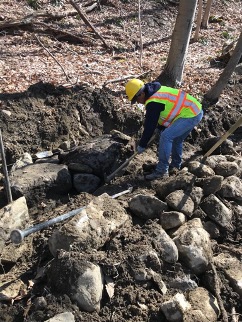 Placing large stones at the base.

Connecting to the southern end of the wall, making a transition to a taller section. 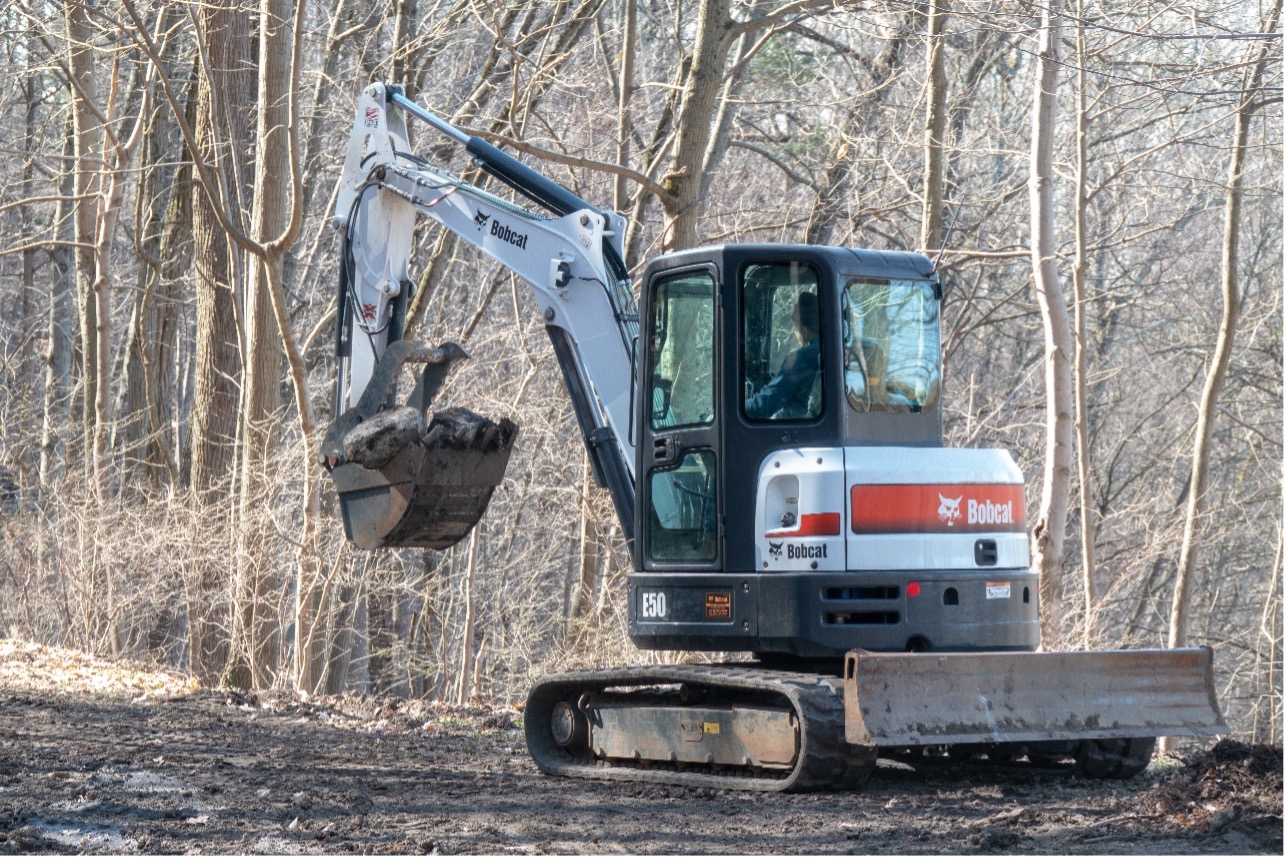 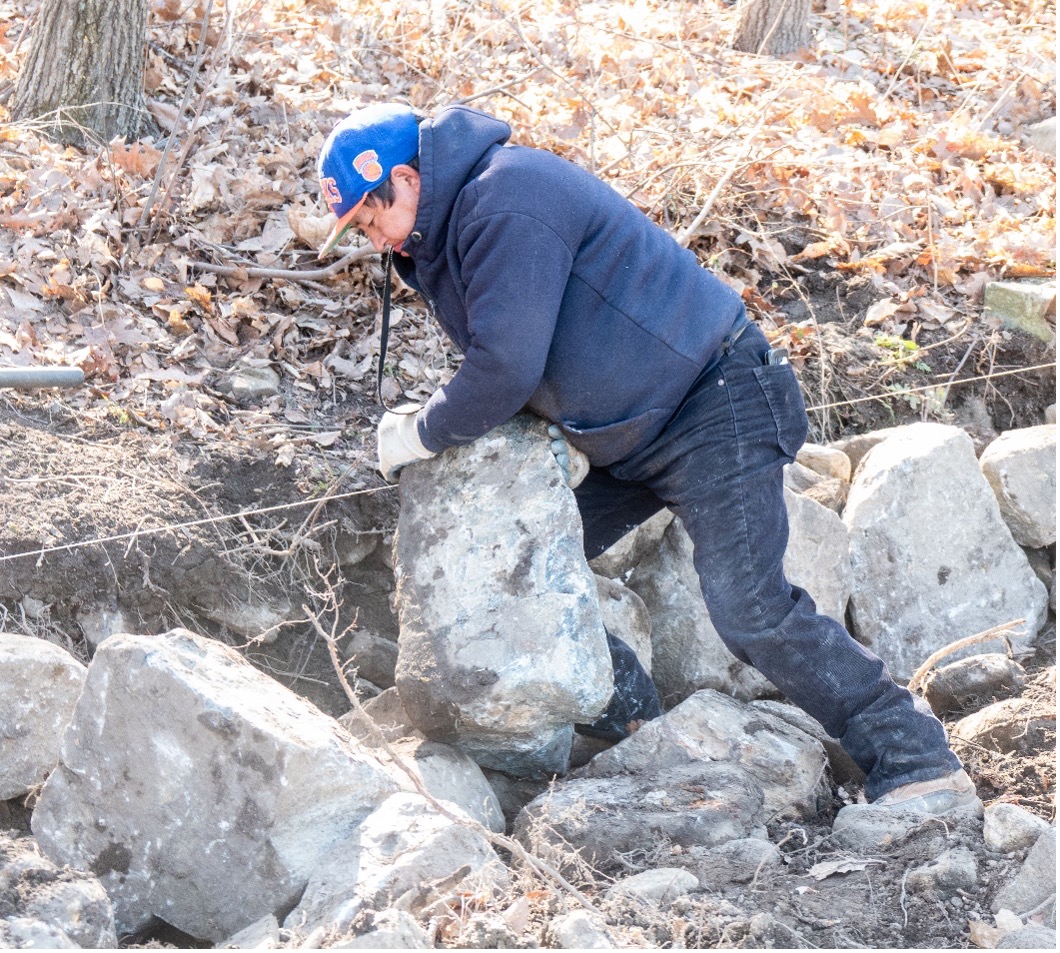 Placing large stones at the base (photo by Lynn Salmon) on Tuesday morning 3.22.22

Remember this photo from March 18?

Here is that wall in the final stages of being completed in which the top layer is being carefully finished off and small stone chips are being broken up and inserted to fill in the openings. 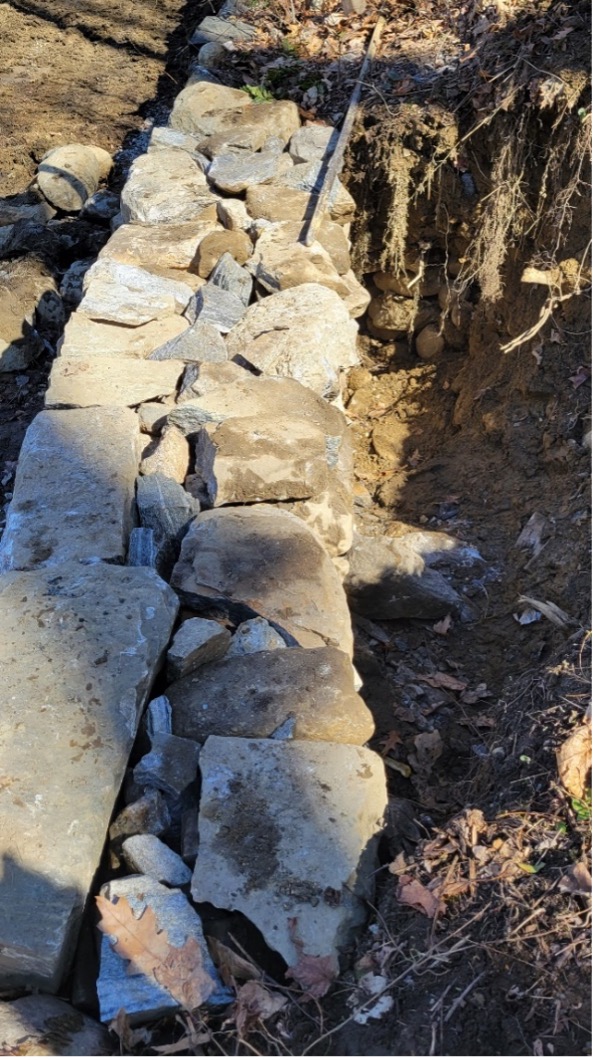 Note that there is a second layer of stones being placed behind the first layer so as to establish a very substantial stone wall that should last - who know how many years!

Here Ivan is placing gravel behind the stone wall; then landscape fabric will be installed in back of the gravel.

March 23, 2022 the trail has been smoothed out now that the work has been completed only 10 days after the arrival of the workmen.