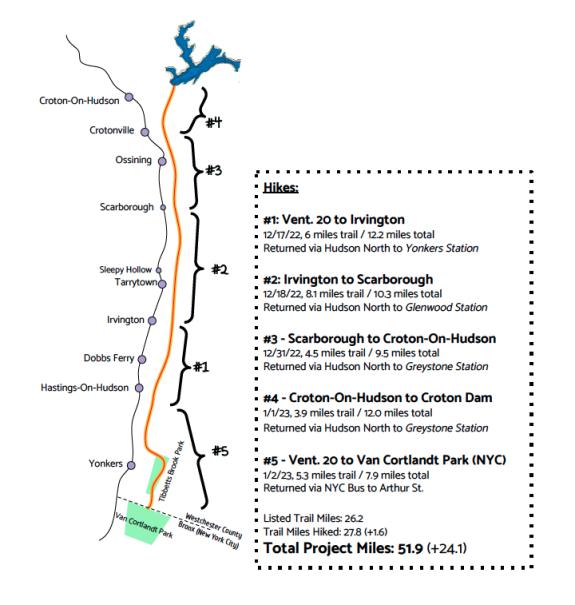 I hiked the northern section of the Old Croton Aqueduct Trail between December 17th 2022 and January 2nd, 2023:

I’m staying in Yonkers, just north of New York City, for a few months this winter, and had the good fortune to stumble upon the Old Croton Aqueduct Trail. I say stumble, but really I saw it first - not the trail, but one of the infamous ventilators. Serendipitously, the room that I’m staying in overlooks one of these stone towers, Ventilator #20. I saw the thing from my window the second or third day after moving here and wondered - “What in the hell is that thing?” 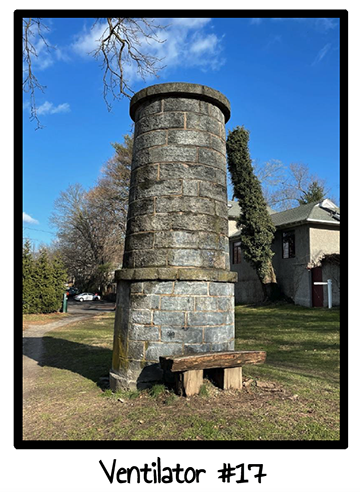 I planned to go investigate the tower, but before I did, I went up to Tarrytown to meet friends for a walk along the riverfront. The riverfront was lovely, and I mentioned that I was looking for other rambling opportunities in the area. One of them said, “Have you heard of the Old Croton Aqueduct Trail?”

When I got home that day, I looked up the trail. I learned that the Old Croton Aqueduct was a masonry aqueduct which used to carry fresh mountain water 41 miles into New York City. The aqueduct was built between 1837 and 1842, and it was in operation until 1955! Today, NYC gets its water from three similar aqueducts including the New Croton Aqueduct, which runs roughly parallel to the old one.

While some small portions of the Old Aqueduct have been destroyed or covered up, most of it is now a narrow park that runs 41 miles - 26 in Westchester County, and another 15 in the City. In most places the aqueduct is buried, but it was designed to drop only 13 inches per mile, so it makes a nice, steady path. And while the bulk of the aqueduct is buried, there are a number of structures that remain, including the Dobbs Ferry Keeper’s House, a number of stone weirs, used to drain water for maintenance, and twenty something ventilators, designed to let built up gases release along the aqueduct. 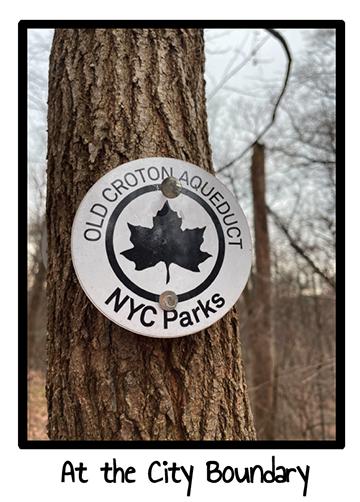 And suddenly I realized: That was what the hell was behind the house! It turns out I currently live spitting distance from the Old Croton Aqueduct Trail, and Ventilator #20

And so… I hiked it. The 26.2 miles in Westchester County, that is. It took a total of five rambles, using the Metro-North Hudson line to get back and forth. (Best train line ever, by the way.) ‘Twas a seriously lovely stroll, which felt like it went by too quickly.

I completed the city section as well, see my map here