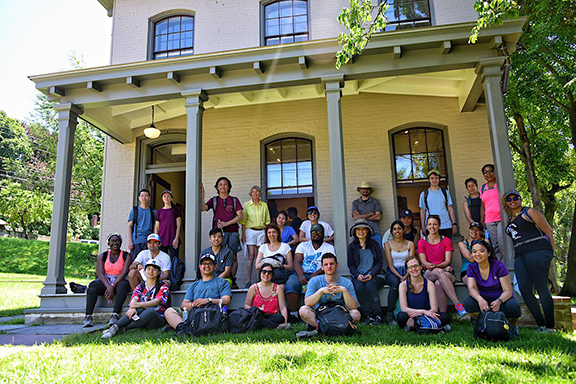 The Keeper’s House has received a Greater Hudson Heritage Network Award for Excellence for its interactive permanent exhibit about the history of the Croton System and the NYC water supply.

During the active days of the Aqueduct, overseers in charge of patrolling and maintaining specific sections of this infrastructure vital to New York City were provided with houses on or near the section of the tunnel for which they were responsible. The only one of these houses that survives in its original location is the classic, brick Italianate-designed structure on the trail at Walnut Street in Dobbs Ferry. The Keeper's House was built in 1857, and was the home of James Bremner, the principal superintendent of the Aqueduct, north of New York City. The house is a contributing feature of the aqueduct trail, which was designated a National Historic Landmark in 1992.

Last inhabited in 1962, the Keeper’s House was kept on life support through FOCA’s volunteer efforts and emergency repairs by NYS Parks. Its rehabilitation, which began in 2001, was a collaboration that included the Friends of the Old Croton Aqueduct, New York State Office of Parks, Recreation & Historic Preservation and Stephen Tilly, Architect.  The shared goal was to apply preservationists’ resourcefulness to return grace and usefulness to a neglected shell. Working diligently to address the project’s unique challenges and striving to meet the highest preservation standards, the team completed the restoration in 2016. Surviving portions of original trim and moldings were refurbished to tell the restoration story.  No attempt was made to replicate many missing architectural elements, to reveal the impact of years of use (and neglect) while still displaying the vintage details that affirm the Croton Aqueduct Department’s regard for the superintendent and pride in their history-making enterprise. The successful restoration project was honored at the 2016 New York State Preservation Awards and was the recipient of a 2016 Greater Hudson Heritage Network Award for Excellence.

Manned by docents on weekends, the Keeper’s House Visitor and Education Center presents exhibits on the development of the Aqueduct, the people who built it, and artifacts central to its construction. In addition to immersing themselves in the extraordinary story of the Old Croton Aqueduct, visitors can pick up trail maps and enjoy access to amenities such as a drinking fountain, public restroom and wi-fi.

Keeper's House open Saturdays and Sundays from 1pm-4pm
(914)693-4117
Please feel free to contact the Keeper's House information line if you have any questions, including questions about our programs.

The trail is open dawn to dusk every day of the year. 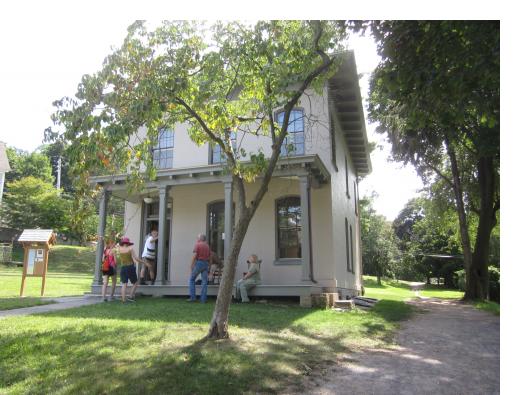 We are pleased to announce that The Keeper's House in Dobbs Ferry will reopen to the public on Saturdays and Sundays from 1pm-4pm starting June 12th.

Come visit and check out our permanent interactive exhibition about the history of the tunnel and the trail.

Masks will be required and there will be limits on occupancy for each room. 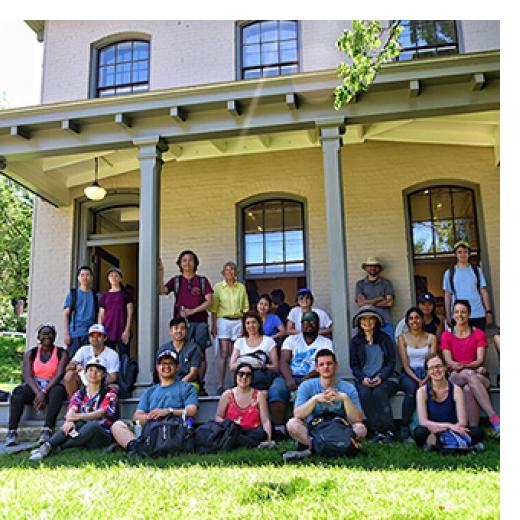