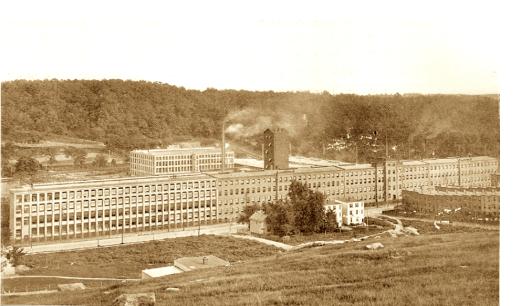 Location of program: Irvington Library, 12 South Astor Street, Irvington, NY 10533. Also walkable from the OCA. Walk to Main Street in Irvington. Turn west and walk downhill to the corner of Main and South Astor St. Each community along the OCA Trailway has its own industrial history.

When the Aqueduct was completed in 1842, it meandered mostly through farmland and shoreline villages. Over the next half century, much of the landscape was transformed by New York industry and population growth. During our Industrial Revolution, Yonkers was home to the largest carpet manufacturer in the world. We will trace the evolution of the company from the 1860's through to its final move from Yonkers in the mid-1950's. At one time in its history, more than a third of the entire workforce in Yonkers was employed by the company. Almost every longtime family in Yonkers was touched by it. You will learn about its fascinating story, the family that ran the dynasty, and their magnificent and lasting gifts to the City of Yonkers and beyond. We will also explore the events that led to its final move away from Yonkers.

This program is organized by NYS Office of Parks, Recreation, and Historic Preservation.

The Prison & The Village